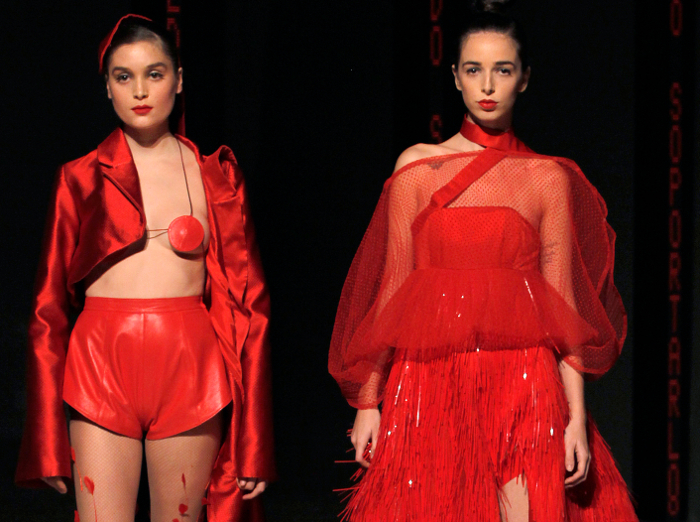 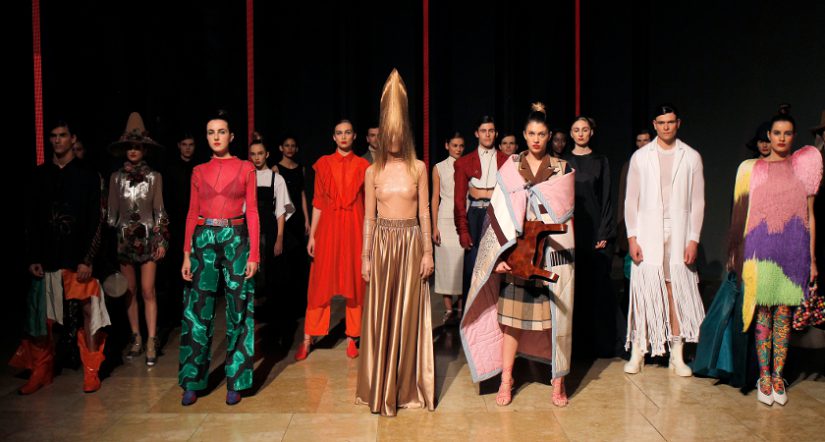 The Guggenheim Museum Bilbao has hosted the fashion show of national and international designers with 25 collections of IED alumni.

| 19.11.2019 | The IED celebrates the 25th anniversary of its arrival in Spain with a tribute to creativity and talent framed in the TOPArte program of the Guggenheim Museum Bilbao. The training institution of Italian origin has revolutionized design training involving its students to rethink and improve people’s lives.

On November 18, IED Escuela Superior de Diseño celebrated the 25th anniversary of its arrival in Spain in Bilbao. He did it with an event that paid tribute to creativity and talent in the framework of the TOPArte program of the Guggenheim Museum Bilbao.

On the occasion of the Bilbao Bizkaia Design Week, the Guggenheim Museum Bilbao hosted a fashion show of national and international designers with 25 collections of former students of the IED Madrid and the IED Barcelona. These proposals reflect the past, present and future of the institution that landed in Madrid in 1994. An audiovisual exhibition was also projected that highlighted the impact of design on our environment and the ability of students to define the future.

Under the slogan «25 years designing the future», FDI has always promoted the role of design in the sustainable development of society. With the philosophy of challenge-based education and the use of disruptive methodologies, it has provided an attentive education to the needs of the human being:

All this and more has been possible thanks to collaborations with institutions such as NASA or CERN; events like the Salone del Mobile in Milano and up to more than one hundred companies around the world.

IED Madrid and IED Barcelona at the Guggenheim Museum Bilbao

The collections presented in the parade that took place at the Guggenheim Museum Bilbao are a representation of the creativity developed by the IED alumni throughout their professional career. An eclectic display of garments and visions that highlight the individuality of designers from different parts of the national territory and from countries such as Italy, Brazil, Romania, Israel, Mexico, United Kingdom, etc.

«Fashion is the most powerful means of expressing the identity of human beings. It is the connector and collector of dreams, drives, worries, inspirations of people … and therefore, we want to show a mosaic representative of the IED talent of the last 25 years, «said Alessandro Manetti, CEO of the IED in Spain.

The future of fashion

The collections define the future of fashion and reflect the challenges that the sector currently presents with proposals made under a sustainable look, conceptual and avant-garde designs, delicate pieces made by hand and locally produced or party dresses for large celebrations that They follow the techniques of haute couture.

Among the designs that paraded are collections of renowned fashion firms; young emerging promises; designers awarded important prizes such as Vogue Who´s On Next or Samsung EGO Innovation Project; and regulars at New York Fashion Week and on national catwalks such as the Mercedes Benz Madrid Fashion Week or the 080 Barcelona Fashion.

For the occasion, a former student of the IED Madrid, one of the IED Barcelona and another of the IED Milan, have created two looks each. They have done so in the framework of the tribute to the 60th anniversary of the construction of the Guggenheim Museum in New York, designed by the architect Frank Lloyd Wright. The curved spiral shapes, the delicacy of the pieces of art displayed on it or the opulence of the building’s architecture are the inspiration for the designs. Some of them have been manufactured with Gratacós fabrics offered specifically for the celebration.

«The IED has left as an inheritance an important generation of designers that promote the culture and sensitivity of design worldwide,» Manetti said of the IED network. «We have always anticipated and today we want to celebrate looking back, but also talking about present and future, with our eyes fixed on the challenges that the contemporary world presents to us,» he concluded.